Around nine out of ten blind in this world live in low income settings. So we thought, why not make an economical and portable device, bridging the gap between the electronic domain of knowledge and the visually impaired. After all, why can’t the blind browse the internet or use whatsapp!
Keeping in mind the blind’s reading and writing habits, the device is designed to take an electronic file as input and then display the corresponding characters from their conventional braille script. The characters come one by one at the slits (provided in the outer casing), eventually covering the entire text. 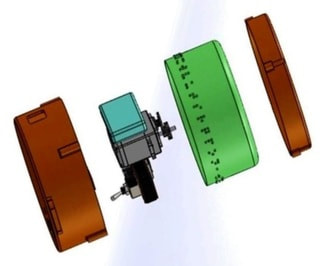 
​This, first of its kind device has edge over other e-Braille readers as it uses a single actuator per character, unlike others which mostly use 6 actuators per character. Thus, its efficiency is greatly increased along with accuracy and overall mechanical structure is simplified.
The desired character, out of all the characters engraved on the inside circular disk is positioned under the slit on outer casing by a servo motor attached to inner disk. A micro controller reads data from SD card or takes input from Bluetooth module and positions inner disk to display the desired character. 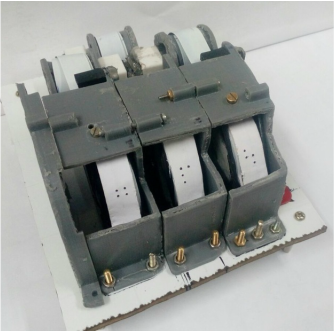 ​
The constraint of a single character display in the previous version  is eliminated in this improved model by displaying an array of 3 characters, extendable to any number of characters by the virtue of independent mechanical assembly for each character, where the link between them is only the micro-controller. Characters are engraved on the tensioner tape and other end is wound on DC motor which controls the position
of desired character with feedback from optical encoders.
Future scope of this device aims at connecting reader